Koekelberg is one of the nineteen municipalities of the Brussels-Capital Region in Belgium. It is bordered by Ganshoren, Jette, Sint-Agatha-Berchem and Sint-Jans-Molenbeek. On January 1, 2006, the municipality had a total population of 18,157. The total area is 1.17 km², which gives a population density of 15,486 inhabitants per km². In common with all the Brussels municipalities, it is legally bilingual (French–Dutch).The municipality, the smallest in the Brussels region by population, is dominated by the Basilica of the Sacred Heart or Koekelberg Basilica, one of the largest Roman Catholic churches in the world.


GO! Unescoschool elementary Koekelberg is a part of the GO! School group Brussels and our array of pupils reflects the diversity of culture and religion that is typical of Brussels, the capital of Europe. Within our school, we are aware that there is diversity in the development of the pupils as well. An asset which we put priority to. A total of 74 people work for our school. In the whole elementary school, we have 580 pupils (kindergarten included as well). In the Unescoschool, we pay attention to the complete personality development of every child. We provide education for the head, the heart and the hands. We value a decent preparation for secondary education, but also work on social skills and make plenty of time for creative activities so the pupils can grow up as responsible and socially skilled persons. That is because we want to provide an education as broad as possible and use the most advanced teaching methods to reach these goals. Every child has a right to challenging tailored education. The Unescoschool offers many opportunities for good STEM education and grows along with this. 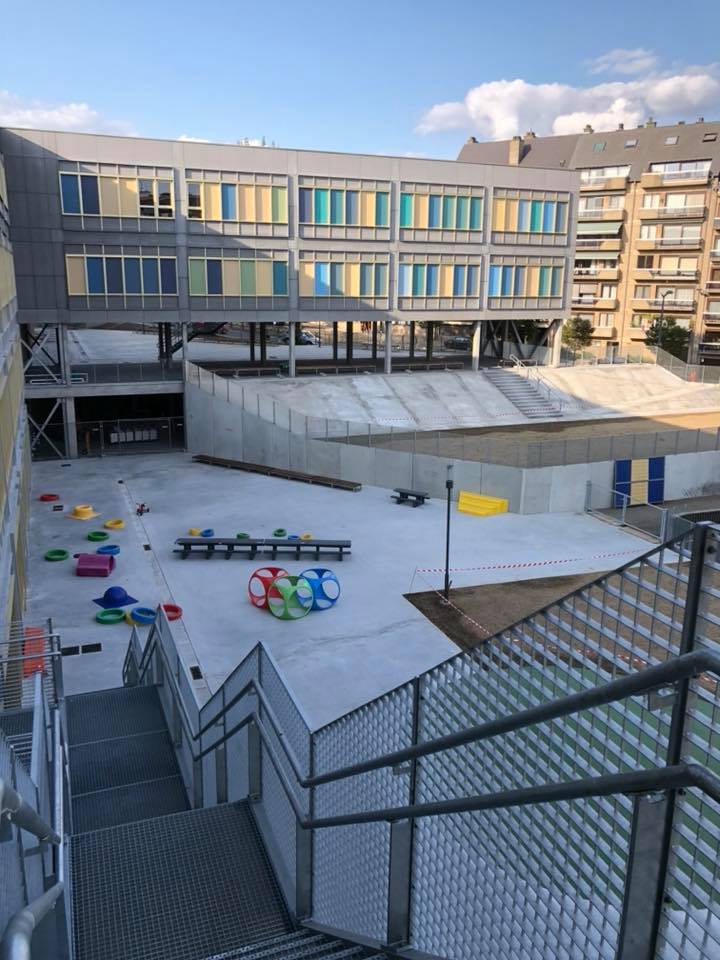 STEAM's incentive policy aimed at different actors (children, teachers, parents) is more than necessary. This incentive policy should aim at both scientific and technical literacy, as well as interest and talent development in a broad competence story that already starts in primary education. The younger and more conscientious children are stimulated for science and technology, the greater the effect and added value will be at a later age. Because teachers play a crucial role in stimulating the interest of young people and supporting their study and career choices, we are also committed to professionalising our teachers. By sharing experiences/ didactics across national borders, their views will expand, their motivation will increase, their competence will increase and they will be able to offer attractive STEAM education that is compatible with the interests and values of the pupils. It is also important to involve parents in the project so that they are also informed about the study and career opportunities in STEAM, so that the STEAM image can also be improved. By focusing on these three areas, we want to meet the needs of our fast-moving society. The project will have an immediate impact of an average of 2000 children and 150 teachers, but can also be used in other European Schools.